Worried about yourself or someone else?

Help for you or loved ones

Worried about yourself or someone else?

Life can be very difficult sometimes.

For anyone who is suffering from poor mental health, wellbeing and/or feeling suicidal, it is important to talk to someone you trust.

Let family or friends know what is going on. They may be able to offer support and help keep you safe. Alternatively, you can contact one of the support services below.

If you think you need urgent help right now, please use the contacts in the link below to seek help.

Provides a confidential mental health listening and emotional support line which is open 24/7. CALL can also signpost to support in local communities and a range of online information.

If you are having a difficult time, or if you are worried about someone else. whatever you’re going through, a Samaritan will face it with you.

Text Shout to 85258 – Shout is the UK’s first 24/7 text service, free on all major mobile networks, for anyone in crisis anytime, anywhere.

It’s a place to go if you’re struggling to cope and you need immediate help.

Shout is powered by a team of volunteers, who are at the heart of the service. We take people from crisis to calm every single day.

Hub of Hope believes that no matter what you’re going through, you shouldn’t have to do it alone. Enables you to find services local to you using geolocation technology.

Rethink improve the lives of people severely affected by mental illness through our network of local groups and services, expert information and successful campaigning. Our goal is to make sure everyone affected by severe mental illness has a good quality of life.

Advice and information on how to support someone who is feeling suicidal.

The Campaign Against Living Miserably (CALM) is leading a movement against suicide. Every week 125 people in the UK take their own lives. And 75% of all UK suicides are male. CALM exists to change this.

Phone lines are open 5pm to midnight every day

If you’re struggling with a difficult situation and suicidal thoughts, this website provides ideas about how to get through it and things that you – and other people – can do to make things better.

Papyrus – for people under 35

PAPYRUS was founded in 1997 by a mother, Jean Kerr, from Lancashire following the loss of her son to suicide. PAPYRUS was initially set up as the Parents’ Association for the Prevention of Young Suicide, hence the name PAPYRUS.

Since 1997, PAPYRUS has continued to listen to and learn from the experiences of those personally touched by young suicide. Today, PAPYRUS works in many ways to prevent young suicide.

Childline – for children and young people under 19

Childline is here to help anyone under 19 in the UK with any issue they’re going through. You can talk about anything. Whether it’s something big or small, our trained counsellors are here to support you.

Get help and advice about a wide range of issues, call us, talk to a counsellor online, send Childline an email or post on the message boards.

2 Wish Upon A Star

Bereavement Support after a death by Suicide

2 Wish Upon A Star – supporting sudden death in children and young adults aged 25 and under across Wales.

2 Wish Upon A Star have recently been successful in securing funding from Welsh Government to provide a pilot project supporting families affected by the suicide of an individual, of any age, in Gwent (the counties of Blaenau Gwent, Caerphilly, Newport, Monmouthshire and Torfaen) in 2020-21.

Meddwl.org is a place for support and information for mental wellbeing – all through the medium of Welsh.

Below are links to sources of support and help for anyone who identifies asLGBTQ+,including their family or friends. ↓

Stonewall have compiled a list of organisations that work to support LGBT people in the UK. The list contains support services for mental and social wellbeing, useful advice, support for trans people and information on violence and abuse.

LGBT+ Switchboard provide information, support and a referral service for lesbians, gay men and bisexual and trans people – and anyone considering issues around their sexuality and/or gender identity.

A helpline for LGBT people and their family and friends. Aims to provide information, advice and support for a variety of topics that affect people in the LGBT community.

The UK government has produced this guidance page containing information and links to services for people who are lesbian, gay, bisexual and transgender.

This is a list of support services including helplines for LGBT people in Wales, created by Pride Cymru.

Other sources of support can be found by searching for ‘LGBT’ on Dewis.

Below are a list of mobile phone apps that can offer help, resources and support in times of need.

A suicide prevention resource to help you stay safe in crisis. You can use it if you are having thoughts of suicide or if you are concerned about someone else who may be considering suicide. 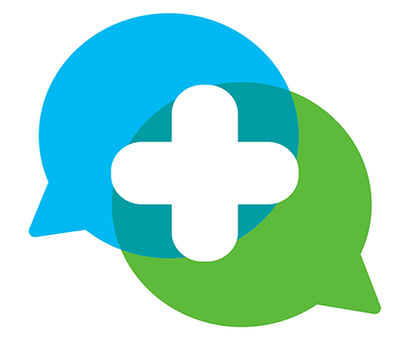 The app offers advice and information about self-harm and suicidal thoughts and can help you discover self-help techniques and resources that can make you feel better.

Keep track of how you are feeling, and get recommendations for things you can do to help yourself cope, feel better and stay safe in a crisis.

Use the Samaritans Self-Help App →

Knowing the warning signs for suicide and how to get help can help save lives.